​The Most Honorable, Reverend Elijah Anthony Dominguez is now on board and will be reporting for"In The News."  check back often to see what's happening from around the corner to around our nation.  Thanks for your help Reverend D!   Welcome aboard the freedom train!  We're honored to have you Sir.

Check often for special sales, information and ways to make money and help your countrymen   Remember We pay a 30% finders fee for any criminal case you refer to Us.

BREAKIN NEWS NIGGA!   Have Our Lawyers finally busted  Nazi-like, alleged, fake "Judges?    Their key case for Absolute judicial immunity is Spark v Stumpman.  Both Spark and Stumpman were Native Americans living on the reservation. The Court Stumpman was a judge for was atribal court and most  BAR "attorneys"  don't have a clue. The nations have their own civil law. The nations also have their own criminal law. There is both state and federal overlap in the area of criminal law. Those are the major crimes act, the minor crimes act, the assimilative crimes act and public "law" 280. There is no state or federal overlap on civil law jurisdiction. Under 1 Stat 20 section 34 the federal courts are required to use the law of the state for all state law claims. The federal court in Indiana had to use Native American civil law in resolving that case. Native Americans are Article IV subjects and that case has no business as an authority in article 3 jurisprudence.  Are the tables about to turn on these fake Freemason        yet Nazi-like referee "Judges?"   They don't want honest Lawyers like Us to get a hold of that one! 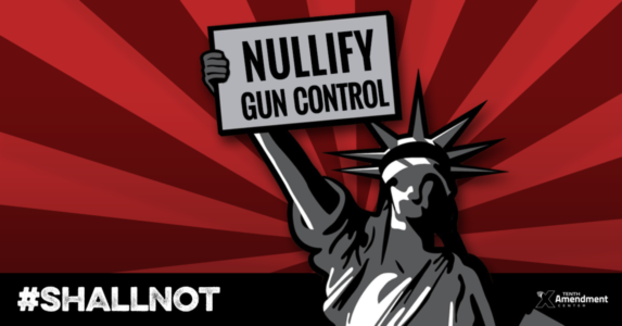 We swear help to uphold ALL of your Constitutional rights.

But mostly your right to simply be left alone!

There is no exception to this contained anywhere in the amendment. -DLO

Book of the Month Club:

Consider Joining WWW.FIJA.ORG today.  Inform everyone they have a right, and duty to NULLIFY all  harmful statutes and codes

Chinese Dragon Lady Owners Sayz...    .. "There are many considerations When Hiring a Constitutional Lawyer!"

WEATHERWAR 101 channel.  Like Us, he proves his case every time!

Statement of clarification from Dragon Lady Owner.   We are not associated with any "Sovereign" or "Patriot  movements” as some people or groups are referred to as. We do not condone violence or “taking up arms” nor causing any physical harm, filing liens, or causing financial harm to public servants. We DO condone holding our servants responsible to the people through lawful means, only when they do not obey their own rules, violate due process, act without proof of authority, or act beyond their authority. We only hold them accountable according to their own statutes and codes which they have a sworn duty to uphold (and  frequently do not). Otherwise we want to support our constitutionally authorized public servants and encourage them to understand and follow their constitutional oaths and duties, so we can have more effective, efficient, and responsible public servant system. We the People who those servants serve, are to blame when we do not know the law, procedures, and know how to hold public servants, BAR attorneys, or corporations to their oaths and public duty, which they owe to the people who empowered them in the first place.

Email: info@casedismissedguaranteed.com
Hours are usually  12 pm to 8 pm & all lines are closed on Wednesdays

Mundus vultdecipi, ergo decipiatur,  "The world wants to be deceived, so let it be deceived."   Not on Our watch!    Not with Our clients!

All the Sworn Officers in Our Law Enforcement Division aka Constitution Police Department or CPD, are excited over the scuttlebutt that Dragon Lady Owner        Company Owner and C.E.O. has finally acquired the web address WWW.Constitution Police.com.  We'll wait for confirmation and report back shortly.  Constitution Police are the Police of all P0-"lice."  They Police the "P0-"lice." They'll investigate and report on P0-"lice" misconduct along with rules and regulation changes pursuant to Statute and Code Enforcement in Our communities across the state and across the nation. Dragon Lady Owner say "Chek Bak S00Oon"

and agrees with the Supreme court's recommendation "Chew No talk wit P0-lice less dey Constitution Police!" Naturally, the lawyers all agree with her Breakin News!  Scuttlebutt confirmed!   Constitution Police website will be up shortly.

​​Are P0-lice constitutional?  The history of armed thugs in the streets of America.

We Challenge you to a political, LEGAL or religious debate of your choice . Anytime anywhere.  It's a simple offer.  We are "Ordained Minsters" who have converted. As lawyers, We simply love to debate.   It's what We do! ​ We'll use whatever Bible you claim is "the word of God."  We'll concede that advantage right now. Be advised,  Just like with courts ....We never lose.  Popular or well known participants and intermediary's will be handsomely compensated.

Busted in RED BLUFF KALIFORNISTAN USSA?   Lucky you!  We're running a sale up there.  Inquire today after filling out the application.

Depending on who your prosecutor is you may even get your case accepted Pro Bono!   We want to prove Ourselves in the RED BLUFF system and want to find out how honest or dishonest they are. We believe they are just as deceitful up there as anywhere.  In 17 years, We've never met a honest D.A. yet. They'll NEVER answer the basic questions on venue and jurisdiction issues when in fact they're violating their oaths,... and your rights.

Vallejo Po Po got you cornered after beating you down? We'll give them a beating in court where they can't fight Us!  They broke the contract and now they'll pay forever .All "Persons" arrested by the extra constitutional Vallejo P0-lice will receive a significant discount.

Richmond  R.I.P-edie officers harassing and collectin instead of serving and protectin?  Submit to that murderous 'force'  up front to avoid being shot tree times for being drunk, then contact Us.  We know exactly what to do and We'll do it for a discount.

Busted in SUNNYVALE KALIFORINSTAN USSA on a gun charge? We're running a 2nd amendment sale forever over there.   Inquire today! AFTER filling out the application .....

We are a country of laws known as the Constitution.  These days  after the Civil War Martial Law declaration. (that has never been revoked or rescinded)  we are a country where military style statutes and codes are "creatively interpreted." by highly biased, fake judges known as  referees, BAR approved prosecutors and the enforcement arm, constitutionally ignorant "Polizia."     The main culprit in today's extra-constitutional  legal scene?  The BAR approved deceivers called prosecutors who make skeletal accusations against WE THE PEOPLE and you the peoples!  They trick you into believing you're subject to the statues and codes they enforce.  We'll show YOU how to prove that you're not.   That's what We do!   We show YOU how to defend ALL your rights and then win the dismissal. We do not represent you.   You don't represent yourself either!  That's the beauty!  You'll never enter a plea or answer the alleged accusation(s) when Case Dismissed Guarantee helps school you.  Contact Us today for more information.